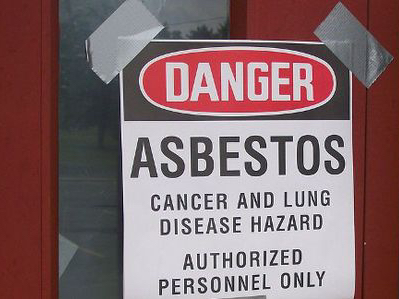 A move by the NSW government to abolish the waste levy on small amounts of asbestos has been welcomed by Hunter region businesses and council, and local authorities believe that the reduced levy will reduce the dumping of asbestos-containing materials in bushland.

The government has proposed removing the levy entirely in its NSW Asbestos Waste Strategy 2019-2021, which outlines measures aimed at reducing illegal dumping of asbestos and improving lawful disposal.

A spokesperson for Lake Macquarie Council said that “the state government is considering removing the waste levy from separated, bonded and wrapped asbestos materials delivered to a lawful landfill.”

“The EPA has commissioned a cost benefit analysis to inform the decision to remove the waste levy from separated bonded asbestos and we await the outcome.”

“The current fee to dispose of asbestos at Awaba Waste Management Facility is $405 per tonne (including GST). This includes the $143.60 waste levy,” the council spokesperson said.

Over recent years, the Hunter Central Coast Regional Illegal Dumping Squad has uncovered multiple bushland locations where people have illegally dumped asbestos. Wyee was one location where asbestos dumping was prevalent, while Morisset was the site of a 10-tonne dumping of asbestos-containing material earlier this year.

Linda Scott, Local Government NSW President explained that illegal asbestos dumping was an issue faced by many local councils, and the strict regulations often made it expensive for people to dispose of it correctly.

“LGNSW has been calling on the government to remove the levy from small amounts of asbestos waste since it was introduced in 2008, and we’re really delighted our advocacy has delivered this great result,” Cr Scott said.

“Ever since the government introduced the levy councils have seen a noticeable spike in illegal dumping of asbestos as well as other waste.

“This is a major cost for councils which have the task and bear the cost of safely cleaning it up – and most importantly, it poses a serious health risk to communities.”