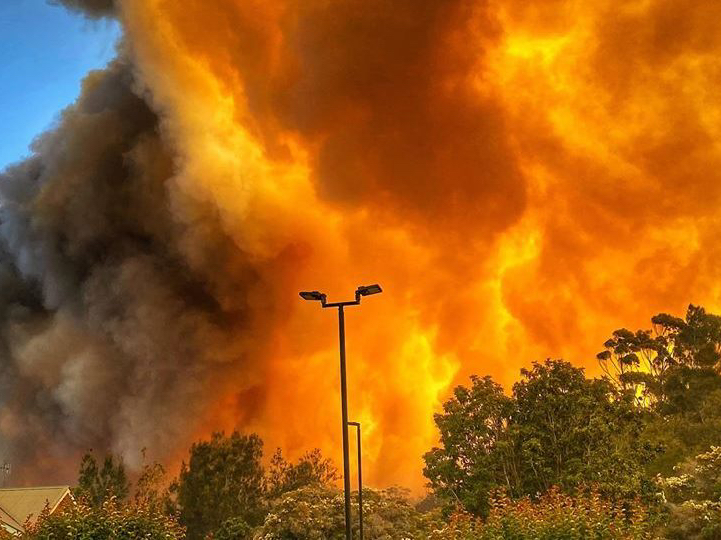 Weeks after bushfires ravaged towns across the New South Wales Southern Highlands, residents are still struggling with basic necessities and safety, as government departments divide up much-needed funds from the widespread fundraising efforts.

Residents in Balmoral, where 22 houses were lost, are still waiting on government assistance, and the critical issue at the moment is that the town is not connected to the state’s water supply. Following the fires and the more recent rain, the town’s water supply has been contaminated with ash, dust particles and asbestos fibres and isn’t fit for consumption.

Brendan O’Connor, the captain of the Balmoral Rural Fire Service brigade explained: “We’re still putting bottled water out through our fire station to all of the residents, they’re regularly coming up and getting the bottled drinking water.”

“For showering, we don’t have much choice, there’s nowhere in the village that won’t have [asbestos particles] in its tank. There’s not a lot of cleaners, so the guys who are doing it are being kept pretty busy.”

Across Victoria and New South Wales, thousands of tradies have signed up to help rebuild vital infrastructure via Tradies for Fire Affected Communities, which is made up of registered tradespeople and volunteers.

Asbestos removalists are in high demand, as communities seek to rebuild and allow residents to return, with water supplies affected as well as houses and buildings.

The Environmental Protection Authority has advised that “pieces of asbestos material and some fibres may remain in the fire debris and present a risk to public health if they are disturbed while cleaning up after a fire.” They have reiterated that “the amount of asbestos fibres released into the air is relatively low” during bushfire events.

The EPA has also released information sheets about the quality of water and how to manage the risk to health from “firewater, which can find its way to local waterways and impact the water quality.” The fact sheet can be found here.