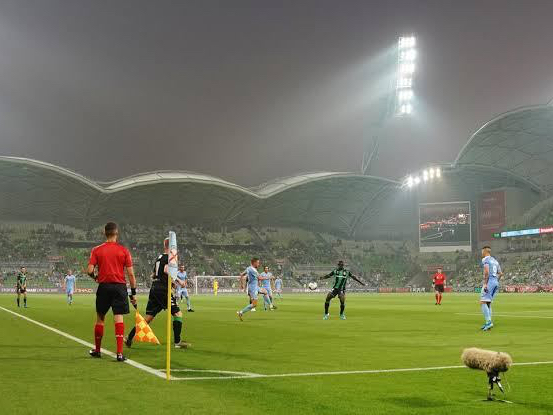 The A-League and W-League double-header on Friday night, scheduled to take place at McDonald Jones Stadium in Newcastle is reportedly likely to be postponed after concerns over the hazardous air quality.

While there has been some speculation that the game between Newcastle and Sydney FC would be cancelled, inside sources are saying that the decision would be made on Thursday morning.

It would not be an unprecedented move, after the W-League postponed the January 5th game due to the smoky conditions surrounding Canberra over the weekend, and several youth matches have been postponed or rescheduled.

Western United coach Mark Rudan has made comment about the decisions to postpone matches, and believes that the recent game against Melbourne city should have been postponed or cancelled.

“I always put the player welfare in front of anything else and when I first came to the ground I thought there was no chance (of the game going ahead),” he said.

“I still think it’s hazardous to the players, I’ll be honest with you.

“A few of my players went out for a run and they came in and they couldn’t really breathe all that well. Some of the smoke was stuck in their throats.”

This follows an announcement in January that the FFA was consulting with experts over the need for a hazardous conditions policy.

“We’re monitoring it very closely, we are building policy around it, we’re taking advice from experts and we’re liaising with the clubs and the PFA (player’s union).”