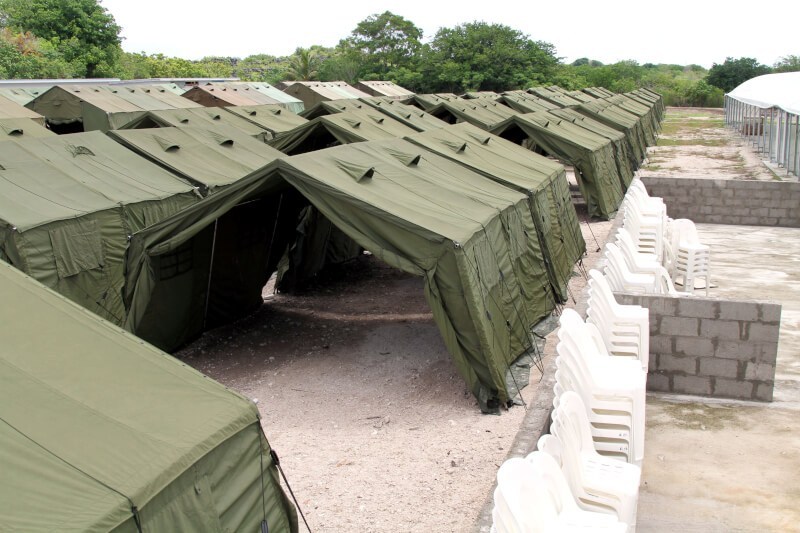 According to a microbiologist contracted by the Australian Government to assess growing concerns at the Nauru processing centre, says the contamination was “of epic proportions” and “presented a serious health hazard to those in the camp”.

Former employees that were contracted at the centre have complained that their concerns were not adequately addressed and that several endured ongoing health problems as a result of exposure to the mould, including cognitive impairment and chronic lung infections.

In 2014, microbiologist Dr Cameron Jones was contracted to assess the site by the Government appointed contractor, Transfield, and described the problem as “10 out of 10”.

“It couldn’t be any worse. You have a hot, humid environment. You have non-air-conditioned accommodation, with the combination of porous sleeping materials, canvas, and hot sunlight. So essentially those tents were acting as an incubator.

“The mould was of epic proportions … it was an absolute nightmare.”

According to Jones, “camp managers seemed unwilling to adhere to international or Australian mould standards”, which he outlined in an extensive report. “It’s the worst cover-up I have seen in my professional career, and I find it reprehensible that this has been swept under the carpet in this way.”

The Australian Government conceded to the Australian National Audit Office that “mould is a persistent issue at the Nauru RPC”.

The department’s first assistant secretary David Nockels said that no staff had expressed concerns over the state of the environment or health concerns related to it, though he conceded knowledge of a complaint over mould-related illness that was made to the government’s workplace safety agency, Comcare, that “was acknowledged and went no further”.

In response to concerns over the mould, Nockels explained that the government had “purchased significantly large … industrial-sized equipment… a massive steam cleaner at the cost of $50,000.”

According to a former worker at the site the machine “was too big, too bulky, you couldn’t get it down into the camps, besides the fact that it was dangerous as anything. It was a giant water blaster and if you used it inside the [asylum seeker] tents it was ripping the plywood floors up.”

It was revealed by The Guardian in an investigative report that the machine was never used because it was too dangerous to employ in the camps and was never used for its intended purpose of cleaning mould from tents and buildings.

A former detention centre worker told the Guardian that the machine’s purchase was a “comedy of errors”.