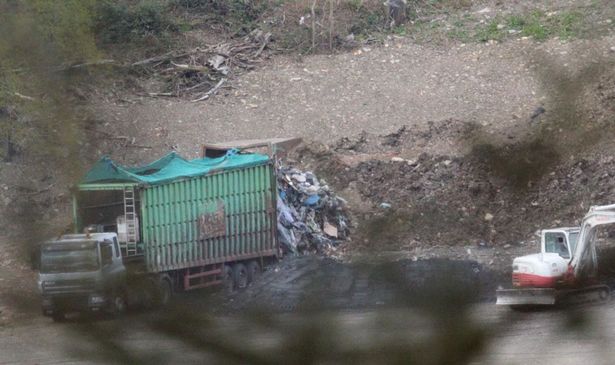 Huge amounts of asbestos-containing waste were dumped illegally and deliberately, a Welsh court has heard. Dennis Connor and his waste firm, DBC Site Services, had paid two landowners to take the waste, and it was heard that steps were taken to hide the material.

Estimates place the volume of waste at thousands of tons.

The investigation began in Spring of 2016 and covert surveillance was launched, and it became clear to investigators that “”large scale landfill operations” were taking place.

Neither of the two sites had the appropriate authorisation for dealing in or storing the waste that was found on them. The estimate for remediating the two sites is estimated to be around £800,000.

The prosecutor described Mr Connor’s business as being aware of the unlawful activity. “He knew the business well. He was well-aware of the law. He knew what he was doing was unlawful, and it was maximising profits.”

Judge Catherine Richards told Mr Connor that the dumping had been “persistent” and for “financial gain” which his experience would have meant he knew about the risks to environmental and human health.

Mr Connor was sentenced to 20 months in prison, suspended for 18 months, and 100 hours of unpaid community work.