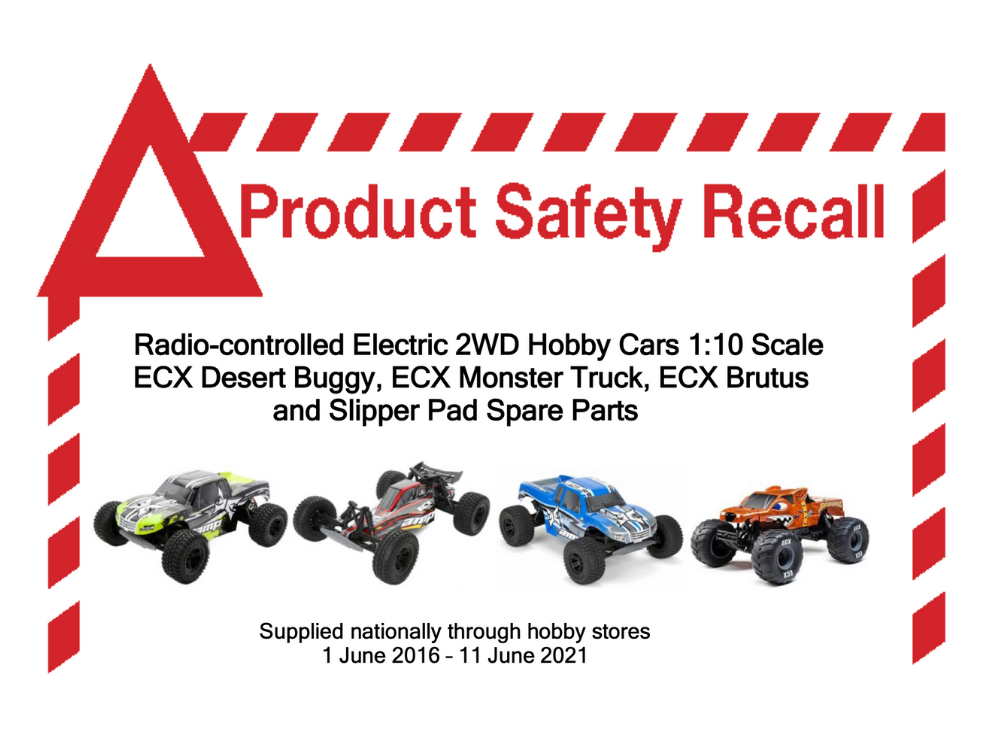 An urgent recall has been issued for a range of remote-control cars sold via toy stores across Australia.

The slipper pads on three models of the cars produced by ECX contain potentially harmful asbestos, and the urgent recall notice was issued on August 4.

The cars were sold by the hobby wholesaler omp.com.au at 57 stores and franchise locations across Australia. The recalled models include the ECX Desert Buggy, ECX Monster Truck, ECX Brutus, in addition to Slipper pad spare parts that are sold separately.

The safety issue relates to the slipper pads as part of the braking mechanism, which have been found to contain chrysolite asbestos. Inhalation of the materials can cause diseases including asbestosis, mesothelioma and lung cancer.

‘Owners of affected vehicles must not open their vehicles. Affected vehicles should be returned to their place of purchase for repair,’ the Product Safety Australia recall reads.