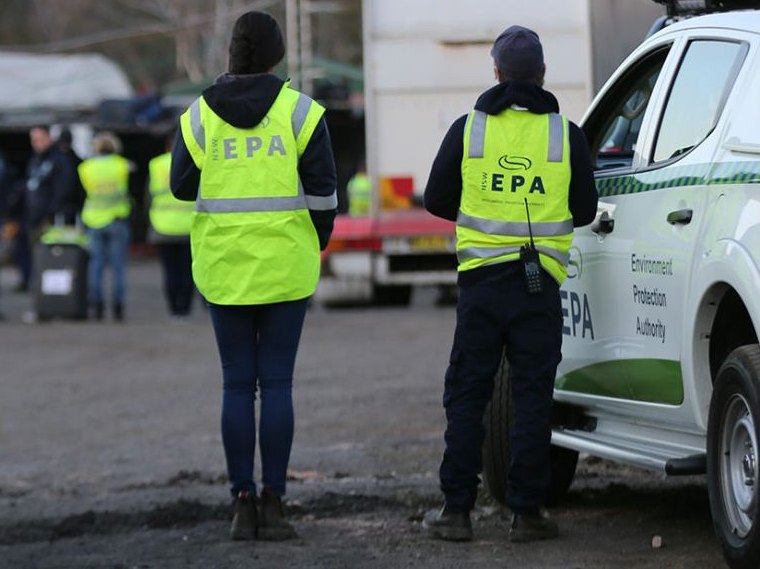 The NSW Environment Protection Authority is warning would-be offenders who attempt to obstruct their officers or fail to cooperate that they may face significant consequences.

The warning comes after three men were fined and convicted in court for failing to cooperate with EPA officers investigating waste crimes.

One of the men, Abdallah Hussein, refused to answer the questions of the EPA officers, and threatened violence towards them over an alleged illegal dumping incident. He was convicted and fined $7,500, and is also required to pay $26,000 for the EPA’s legal costs.

In a second incident, Drew Langford of TIPD Trading Pty Ltd, was convicted, fined and ordered to pay the EPA’s legal costs, amounting to a total of $5,500. The conviction relates to an investigation by the EPA regarding the transportation of asbestos waste and falsified weighbridge tickets.

A third man, Mohamed Ghama, was convicted and fined after failing to answer questions regarding alleged waste offences. He was fined $1,500 and required to pay $3,500 for the EPA’s legal costs.

The Chief Executive Officer of the EPA NSW, Tracy Mackey, said she welcomed the decisions of the courts, noting that the cases were entirely unrelated but all prosecuted by the EPA.

She explained that the EPA had shown that it was committed to pursuing offenders and would not hesitate to consider prosecution for those who threaten or obstruct the work of authorised officers.

“Refusing to co-operate will not stop EPA investigations but could result in criminal convictions and significant financial penalties for these individuals,” Ms Mackey said.

“EPA officers work hard to protect the community and the environment and it is against the law to wilfully delay or obstruct them from exercising their powers or to refuse to answer questions when directed to do so.

“The court decisions highlight that attempts to prevent our officers from undertaking their investigations may have serious consequences, including a criminal record for offenders.”