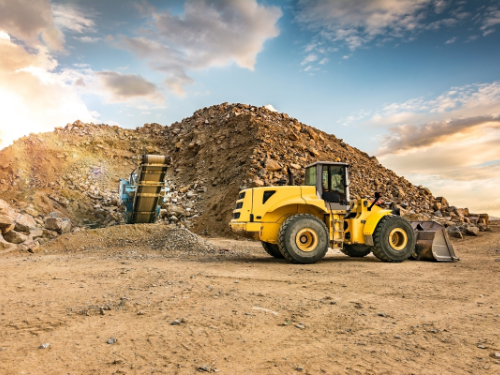 A young Australian mother is calling on governments to implement harsher regulation to ensure Australian workers are protected from exposure to deadly silica dust.

The woman, aged just 34, was diagnosed last year with silicosis. She had been working in an administrative role near a quarry and noticed her lung capacity had diminished.

Prior to returning to work after the birth of her second child, she undertook a health assessment including X-rays, CT scans and a lung biopsy, which revealed the deadly diagnosis.

She recalls leaving her job and noticing dust from the nearby quarry on her face and in her hair.

“I was very shocked,” she says.

“I had no idea what that meant for me. I thought ‘oh my gosh, do I have cancer?’

She explained that the diagnosis had shocked her, given that she didn’t believe she was directly exposed to silica dust.

Today, the Australian Workers Union is lobbying the government to increase the regulatory standards and lower minimum workplace exposure standards to prevent more Australian workers being exposed to risk.

The AWU is also calling for a compensation fund to be established to prevent a repeat of the James Hardie asbestos fight, which saw victims wait decades for compensation.

“It took two decades to make James Hardie pay for what they did and for the truth to come out about asbestos,” AWU national secretary Daniel Walton said.

“It would be a disgrace if we allowed history to repeat itself.”

“Around six per cent of all Australians are exposed to silica dust each year,” Mr Walton explained.

“Yet this is a substance even more deadly than asbestos.

“The lives of tens of thousands of workers … are being put at risk by companies who are placing profits ahead of worker safety and being allowed to get away with it.”