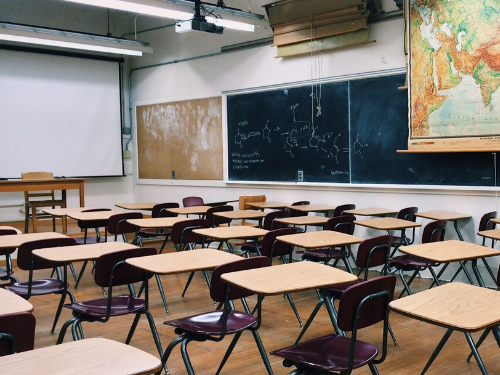 It has been revealed that four Canberra schools have tested positive for lead paint in the last year. The ACT’s Minister for Education confirmed that a system-wide review of hazardous materials in schools is underway.

The most recent discovery was found at Richardson Primary School, where potentially toxic paint was found in the school’s boiler room and heating ducts.

“The areas connected to this particular heating system are the hall, the library and [two] classrooms … licensed assessors have conducted tests to check if lead dust has flowed from the heating system to other areas of the school,” explained principal Anna Wilson wrote in a letter to parents. The affected areas have been cleaned by specialists and deemed safe to occupy.

An environmental scientist specialising in lead explained that elevated levels are relatively common in older buildings.

“It appears to me from the information I have seen that there is a lead hazard, as there would be in many people’s homes … it only becomes a risk when somebody ingests the lead paint or lead dust,” Professor Taylor said on ABC Radio Canberra.

“So for the children and for the mums and dads who are going to that school, there is a very limited risk.

“It is a hazard that needs clean up, but for the hazard to present as a risk there needs to be an exposure pathway — people have to eat or ingest the lead dust and the lead paint.

Minister for Education, Yvette Berry, explained that an expert panel is working to create a guide on asbestos and lead paint removal, with the government committing $15 million at the most recent election.

“We take the advice of experts when it comes to things like managing lead paint and asbestos.”