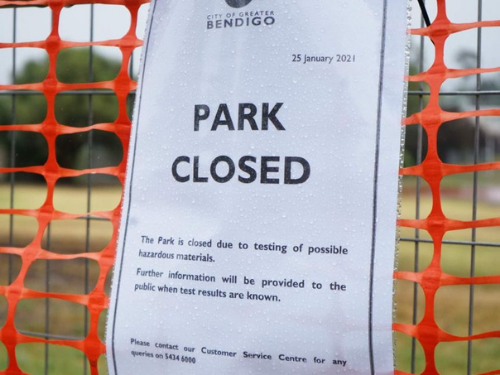 Local residents near a park in Bendigo have demanded local council release information after the park was confirmed as being contaminated by asbestos.

Ross Reserve Park has been confirmed as containing asbestos-containing material. The council was unable to provide an exact location and instead stated that the asbestos appears to be scattered across the park. The park has since been closed.

It’s understood that the presence of asbestos has been revealed recently after erosion at the site.

Local residents are understandably concerned, with one local mother explaining that she took her children to the park regularly and that the site was often busy with families and children. It is understood that no information has been distributed to local residents despite calls for a letter drop.

The City of Greater Bendigo explained, via presentation and assets director, Brian Westley that they had engaged an asbestos hygienist to assess any potential risks to public health and the remediation of the site.