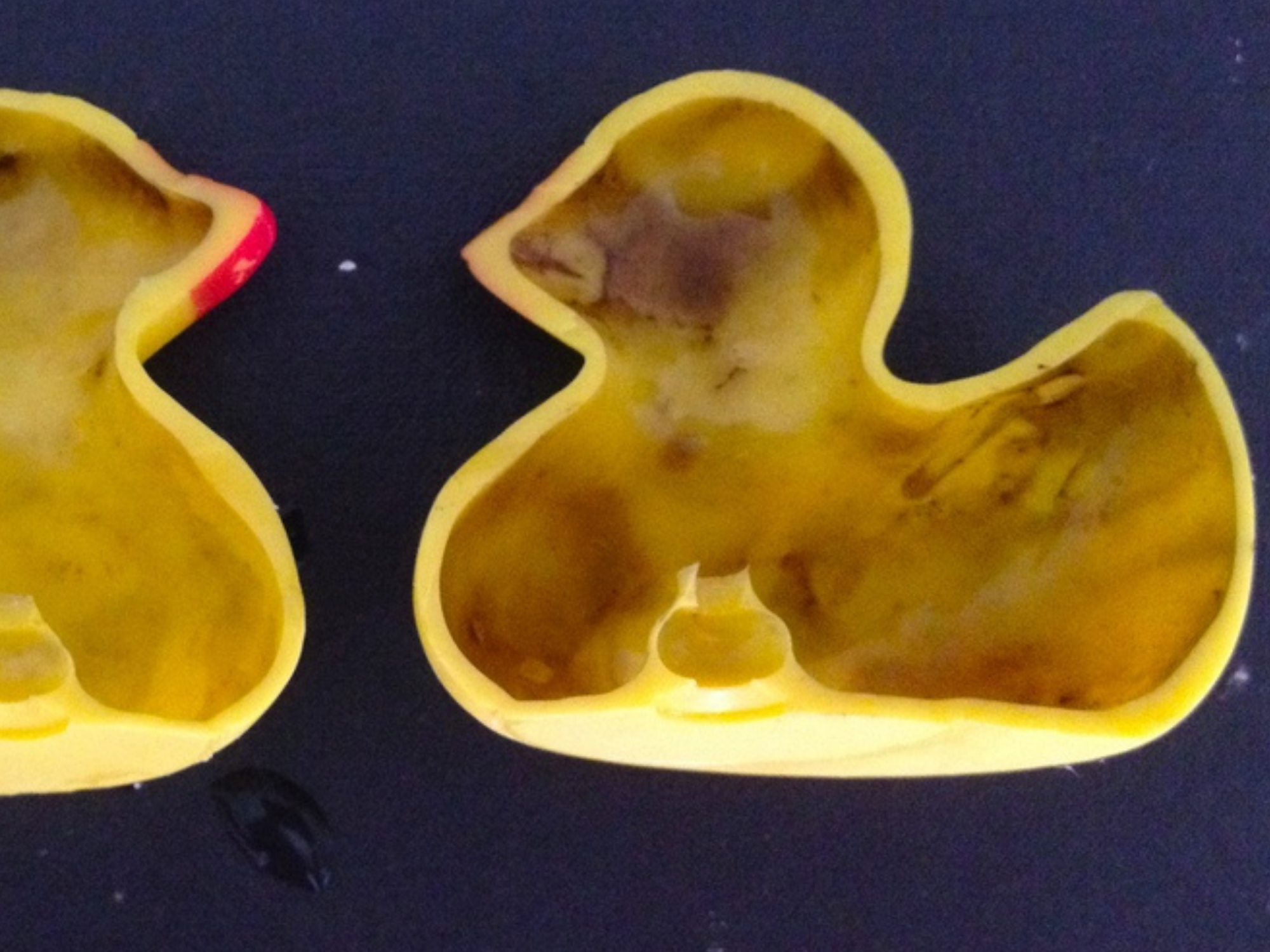 An American mother has issued a warning to parents of small children after a bath toy led to her son spending a week in hospital. The “tub toy”, a rubber duck, which is a common bath toy in many households, contained mould, despite the mum’s best efforts to clean the toys in a bleach-based solution.

The mother, Eden, explained that she knew “water could get trapped in tub toys. I’ve seen the posts where mums have cut them open and discovered a ridiculous amount of mould inside. I knew.”

Her son squirted himself in the eye, according to Eden, and she noticed his eye as red and irritated a short time later. Assuming it was a simple case of pink eye, her son attended a doctor, who prescribed a topical drop solution.

“I decided to give him a booster dose in the middle of the night just to assure he would be feeling better by morning,” she wrote in a Facebook post. “I wasn’t expecting to find him in his crib with an eye twice the size as it was when he went to bed, with redness spreading down his cheek.” The family attended the local hospital, where doctors prescribed oral antibiotics, and the family went home.

Only a few hours later, Eden explained she was woken by her son’s screaming. “His eye was so swollen that the white part was bulging out from between his eyelid and his iris was being obscured,” she wrote. “He had a raging fever.”

Back at the hospital, her son was placed on an antibiotic drip and a CT scan was taken of his retina to ensure the “significant swelling” posed no threat to his vision. He was diagnosed with severe cellulitis, which can be life-threatening.

Eden explained that she is sharing her experience to inform other parents and warn them of the dangers of bath toys. She said she wished she “had known and other people should know too.”

She concluded the post by saying, “just throw them out. You cannot clean them, you just can’t.”