Young family showered in asbestos sheeting as they slept

Young family showered in asbestos sheeting as they slept 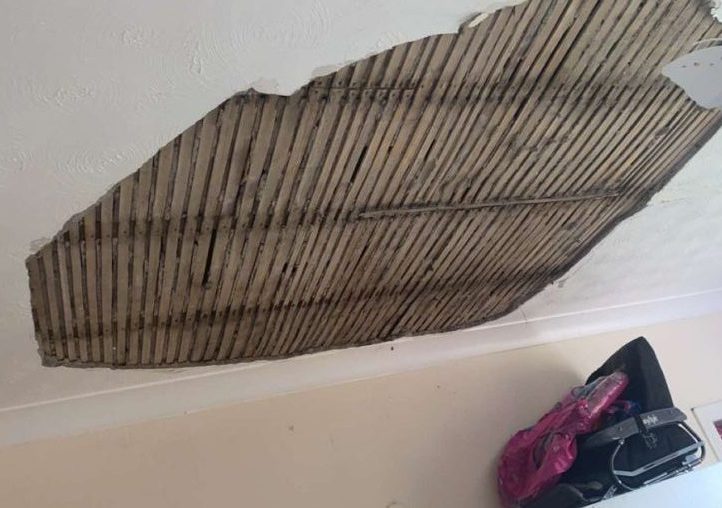 A Scottish mum had a rude awakening last week when a loud bang woke her, and slabs of asbestos fell into the bedroom where she was sleeping with her children.

Sophie Mcgarry was in bed with her two small children, and the family were left evacuated in the garden outside the property while an inspector determined the material was most likely asbestos.

Ms Mcgarry explained that the material had contaminated her bed, towels, a large number of personal belongings and all the children’s toys and clothing.

She had previously reported a crack in the ceiling to the council who manage the property, but they had not had it inspected or mended.

Photos from after the incident show large slabs of sheeting missing from the ceiling and dust and debris covering their belongings.

Asbestos has been prevalent in Scotland for close to two decades and made up a significant portion of the country’s exports during the 1800s.

Asbestos-cement sheeting, which is likely what was present in Ms Mcgarry’s home, poses little health risk, provided it is in good condition. NSW Health explains that “where fibro or other bonded asbestos sheeting is broken, damaged or mishandled fibres can become loose and airborne posing a risk to health. Disturbing or removing it unsafely can create a hazard.”