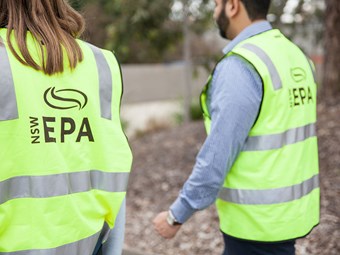 A man has been convicted and sentenced in the Blacktown Local Court after being found guilty of deliberately holding up an investigation by the NSW Environmental Protection Authority.

The EPA attended the site in Shanes Park, Western Sydney, in an attempt to determine the nature of waste stockpiles within a fenced compound.

The man refused to let the EPA investigators enter the premises, citing a refusal to accept the authority of the EPA, and then detained the men by locking the gate.

The man was found guilty of an offence under s 211(3) of the Protection of the Environment Operations Act (1997) for wilfully delaying an authorised officer in the exercise of his powers under Chapter 7 of the Act.

CEO of EPA NSW Tracy Mackey has explained that the obstructive nature of the man’s behaviour was unacceptable.

“EPA officers are doing their best to protect the community and the environment and there is no excuse for preventing them from performing their lawful duties,” Ms Mackey said.

“The Court’s decision demonstrates that any attempts to prevent EPA officers from undertaking investigations will have serious consequences.”

The EPA is authorised to prosecute in order to achieve environmental compliance, as well as notices, directions, formal warnings, license conditions, and official cautions.