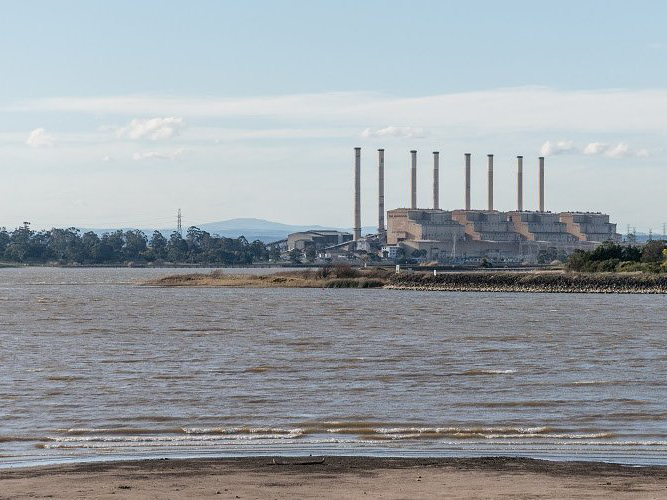 Eight chimneys that were part of the Hazelwood power plant have been demolished after more than twelve months of preparation.The chimneys were part of the power station and something of a landmark in the town of Morwell, standing at 137 metres high.

Engie, the owner of the plant, confirmed that the chimneys contained “significant amounts of asbestos” and couldn’t be left to deteriorate on their own, and subsequently pose a risk to the local community.

According to the head of Engie corporate afairs, Ryan Auger, the demolition had been carefully planned.

“It’s a really big day, and a very exciting day for the community and the rehabilitation itself,” Mr Auger said.

“For some people this event represents change and renewal — for others it’s the end for the era. For the project team, it’s the culmination of an enormous amount of pre-work and preparation.

“We’ve got timed depth chargers at the base of every chimney, which is essentially about a 30-storey building each.

“They’ll detonate 4.6 seconds in sequence and ultimately what we’ll be able to see is the chimneys falling on top of themselves to minimise the dust plume itself.”

The demolition had been carefully planned so that the demolition took place during optimal weather conditions and when there was little to no wind.

“There will be some airborne dust, but we’ve modelled it well, and we have two separate water suppression systems including essentially a 37-metre high curtain of water that will bond to the dust and help keep it in the mine void.

Mr Auger stressed that the bonded asbestos found in the base of the chimneys was far enough away from the point of demolition so as not to become airborne.

“There is absolutely no risk that asbestos will be anywhere other than on the ground, and ultimately remediated on site and stored in an approved cell.”