Scaffolding collapse injures two11 May 2020Next 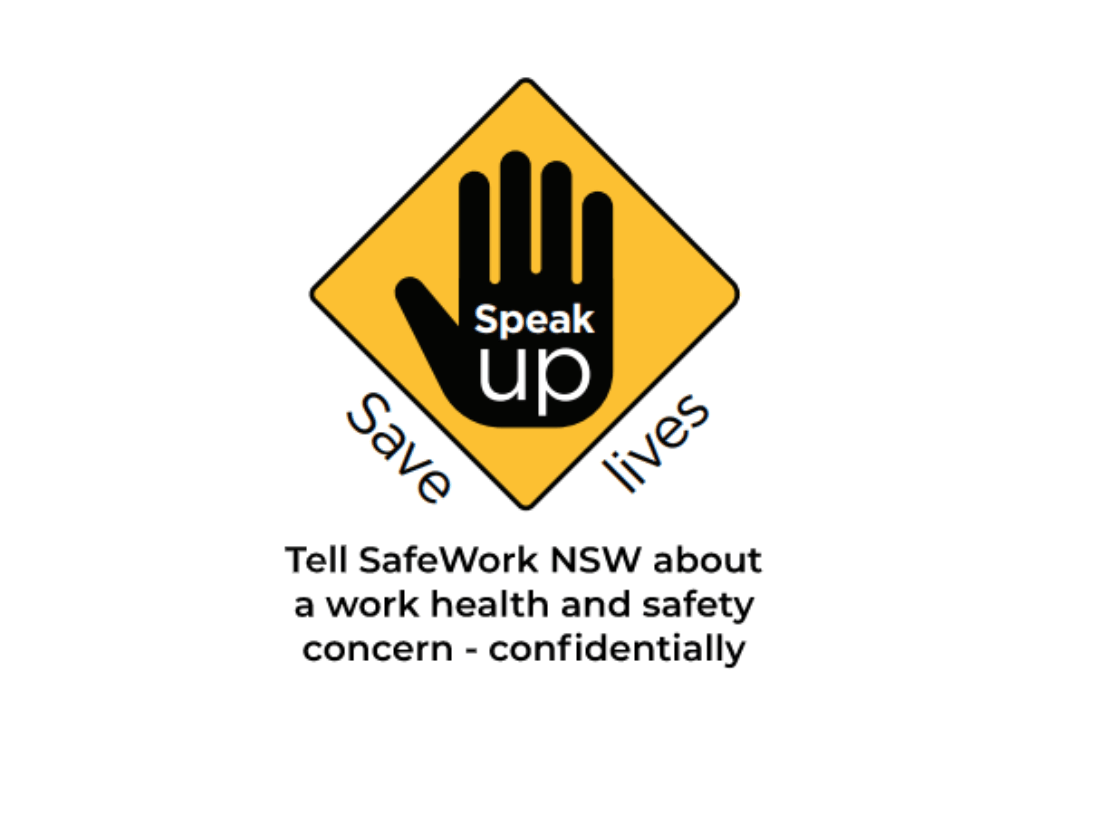 Speak Up, Save Lives has been available since October last year. It allows for workers to submit photos and safety concerns to SafeWork NSW instantly.

“The app is a quick, easy and confidential way for anyone to report unsafe worksite or work practices using only their mobile phone,” Mr Anderson said.

“If you spot anything risky, play your part in protecting your own safety as well as that of your workmates by immediately reporting it to SafeWork.

“SafeWork inspectors do a fantastic job – but they can’t be everywhere at once.”

1647 reports of unsafe conditions or occurrences have been reported by workers on job sites across NSW. In response to those reports, more than $56,000 in fines and 470 improvement notices have been issued.

“Any number of terrible incidents could have happened as a result of these safety issues and Speak Up means that workers can report issues before these accidents occur, and prevent anyone from having to go through what the Cassaniti family have been through,” Mr Anderson said.

The app was developed alongside the Cassaniti family, whose son Christopher, only 18 at the time, was killed in a workplace incident in Macquarie Park last year.

Mr Anderson has stressed that the app is entirely anonymous, and vulnerable workers such as those on labour-hire contracts or visas, were now more easily able to report any workplace safety concerns without fear of repercussions.

The app is available for free on the Apple or Android app stores.