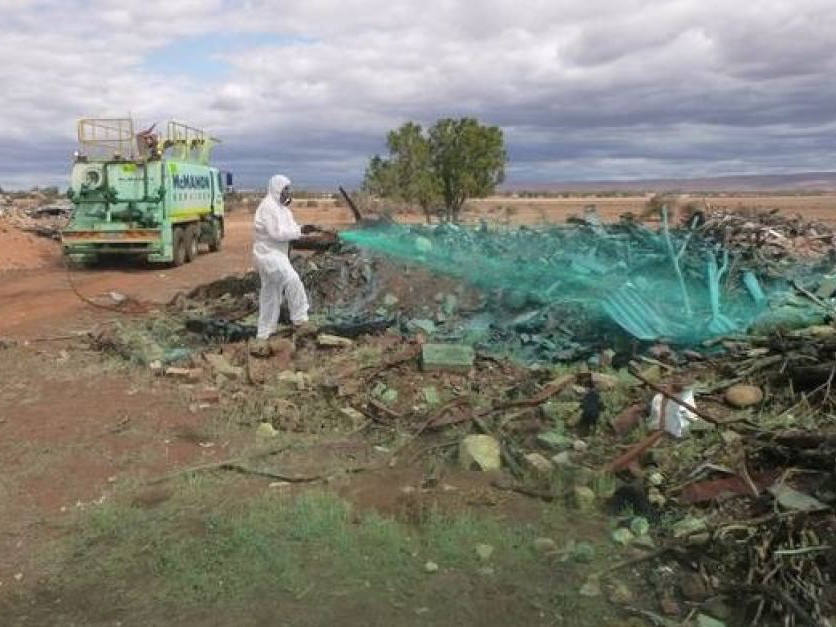 Clean up is about to begin at two locations 100km north-east of Adelaide, which have recorded several thousand tonnes of construction and demolition waste, and includes asbestos.

The sites were discovered in 2017, at Sedan, after a lengthy investigation by the SA branch of the EPA, with assistance from SA police, the National Heavy Vehicle Regulator and the local councils.

The mammoth task of cleaning up the site falls to the EPA, after the alleged perpetrator of the dumping, a Port Adelaide-based demolition contractor, failed to comply with clean-up orders.

EPA Director for Regulation, Peter Dolan, explained that they “have engaged appropriately licensed contractors to carry out the work in order to protect the community and the environment.”

“I can assure residents that the clean-up and transport operation is perfectly safe. Asbestos has to be inhaled to be hazardous to human health.

“This waste has been sprayed with glue, which prevents the escape of any exposed asbestos fibres and also works as a dust suppressant.

“It will be wrapped and transferred in covered trucks to a specially lined cell at the Cambrai Waste Depot, which is licensed to receive asbestos.

“Air quality monitoring is also being carried out at both sites while work is underway.”

The Crown Solicitor is ready to accept a brief from the EPA regarding criminal prosecution over the matter, as well as an attempt to seek compensation for the recovery and clean up efforts. The total cost of the clean up won’t be known until the task is completed.

Dave Burgess, Mayor of Mid Murray, which encompasses Sedan, said it was a relief to get the removal operation underway.

“I think the township will be glad to see the issue tidied up and the waste removed so they can get back to the lifestyle they like,” Mr Burgess said.