Construction sites, unions and building authority: in a “hell of a position”03 April 2020Next 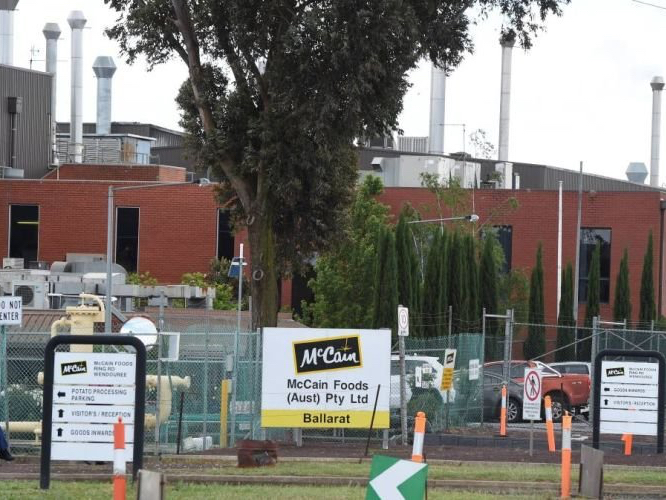 A worker at Ballarat’s McCain Foods factory has been transported to hospital after a workplace incident.
Emergency services including police, firefighters and ambulance workers were called to the site around 1:30pm today.
It is understood the worker suffered a spinal injury at one of the storage facilities at the factory.

“Paramedics attended the scene and transported one of our contractors to hospital for observation.

“He has incurred bruising but has been cleared of serious injury,” a statement reads.

“The team has returned to work without further incident.”

Ambulance Victoria explained that they attended the address and transported the worker to the Ballarat Base Hospital.

WorkSafe was notified and is investigating the incident.

Early reports that the worker was trapped in machinery proved to be false.