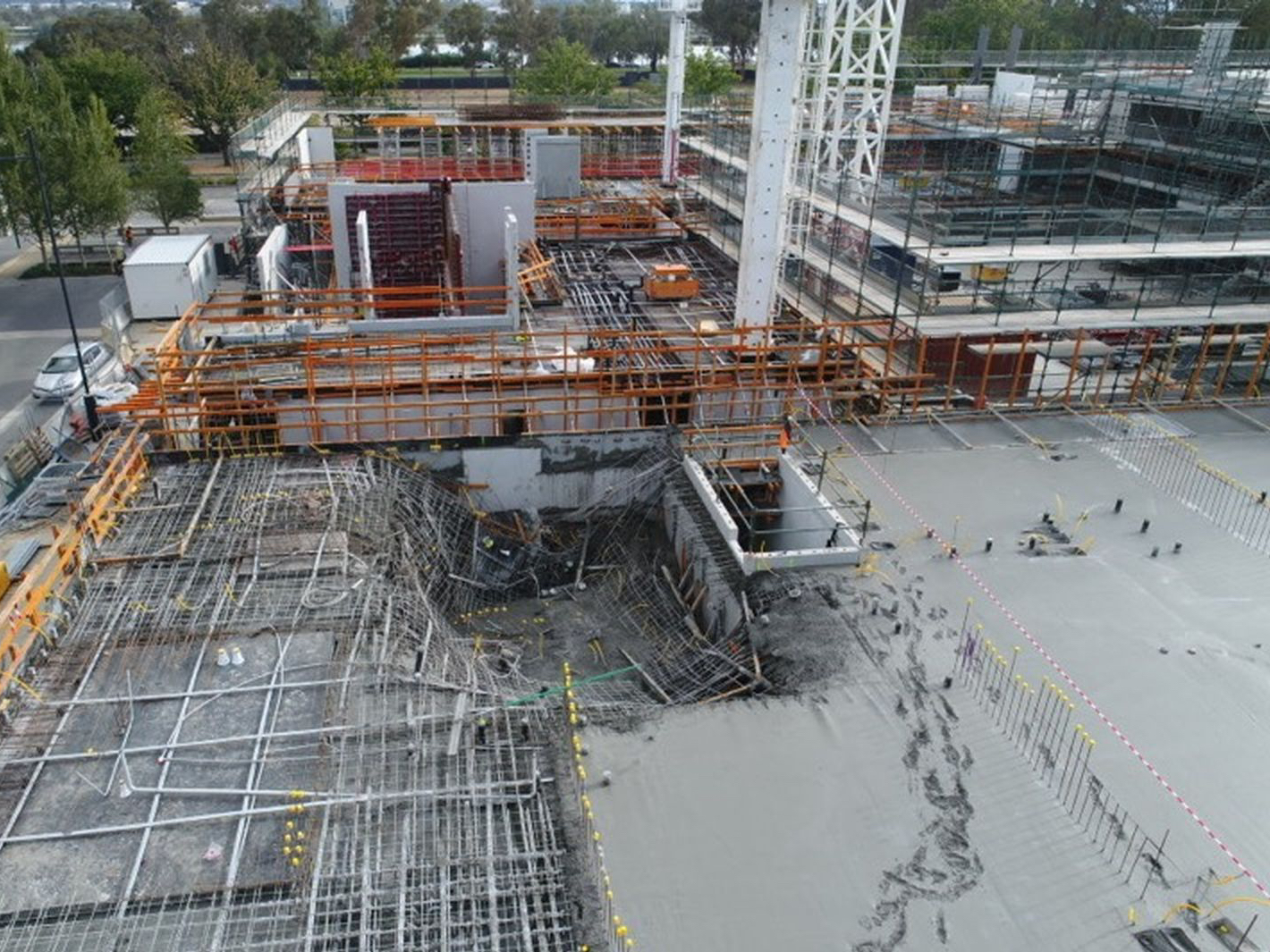 A worksite in Canberra has been shut down by the safety regulator after a section of the project collapsed in on itself during a concrete pour.
A section of scaffolding gave way earlier this week on the construction site ‘The Parade’.
One worker was transported to hospital but has since been released. Video of the incident has been circulating on social media and shows workers climbing or being pulled from the area, covered in concrete.
In a statement, the developer of the site, JWLand explained that
“Work Safe was immediately called to the site and were back this morning to complete their investigation. Fortunately, only minor injuries were sustained during the incident”.
“As the Developer, please be rest assured that JWLand is committed to delivering high-quality, reputable buildings.”
WorkSafe ACT has confirmed that it is investigating the cause of the incident and that they have enlisted as a specialised structural engineer to assist.
“WorkSafe ACT attended the site and has issued a non-disturbance notice over the site, which means that no construction work can be undertaken until the notice is removed,” the spokesperson said.
“This may take a week or more. “WorkSafe reminds all construction site personnel to stay safe and properly plan all activities on site.”
0 Likes
Leave a Reply