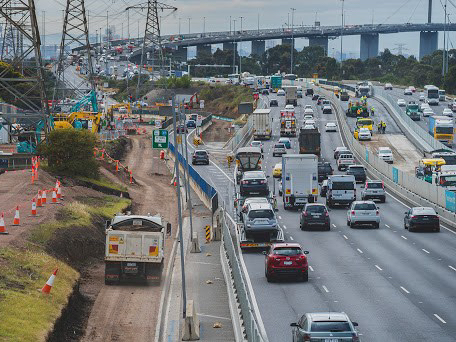 Melbourne’s West Gate Tunnel project continues to face scrutiny after thousands of tonnes of PFAS-contaminated soil has been uncovered at a construction site for the project in West Melbourne.

The EPA has confirmed that the stockpile is classified as Category B, the second-highest level of contamination.

According to workers on the project, there are at least five PFAS stockpiles across sites for the project, and at least two of those were kept outdoors under tarpaulins.

The CFMMEU Health and Safety Unit Manager Gerry Ayers said that “it is now obvious that all those with influence and control over the project all knew about the levels and amounts of contamination … and did nothing.”

“There needs to be some very serious decisions made that ensure all the contaminated soil is removed safely and correctly disposed of.”

The project is a joint venture between CPB Contractors and John Holland, alongside Transurban, but there is yet to be a decision on how to proceed with tunnelling for the new freeway as the companies stay locked in discussions about who will be responsible for the handling of the materials.

Workers have only been instructed to cover existing contaminated materials to prevent “run off and erosion”, mist the areas affected with water and wash any skin that comes into contact with the material.

A spokesperson for the Andrews government explained that everything was being managed under EPA and WorkSafe requirements.

“With the appropriate measures in place, storing the soil is not harmful to the public or the environment,” the spokeswoman said.

Two further sites including a petrol storage area in Spotswood and former textile factory in Yarraville are also believed to contain PFAS contaminated material and are within the project area.