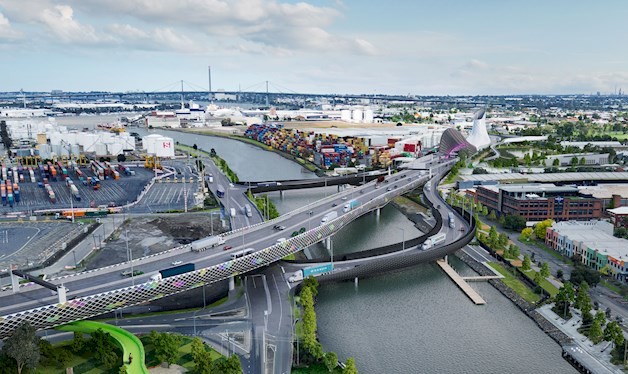 The presence of PFAs at the designated site for Victoria’s WestGate Tunnel has meant that the entire project is now up in the air, as the state government, Transurban and the project’s builders decide who will be responsible for the cost of cleaning up the contamination.

Construction has stopped on the project, which will link the West Gate Freeway in Yarraville and CityLink in the Docklands, as the Environmental Protection Agency enforces strict new standards on the management of PFAs.

PFAS are per- and poly-fluoroalkyl substances and are manufactured chemicals used in products that resist heat, oil, stains and water. They were historically used in firefighting foam and used extensively worldwide.

The delays are more significant, says Transurban, because the EPA has to oversee the project, but also hold the project to a higher standard in line with new EPA exposure standards for the chemicals, which are unable to be managed by state landfill operators.

A Transurban spokeswoman said that “while extensive testing was completed during the planning phase, the EPA is evolving its approach to PFAS management in Victoria and the West Gate Tunnel project is working to implement a safe and effective solution in line with the latest policies”.

There has yet to be a decision on who will finance the extra costs of storing, treating and dumping the dangerous waste, but sources close to the discussions believe there is no short term solution in sight, raising concerns that the project’s overall cost will blow out past the already significant $2.7 billion the Andrews government has committed.