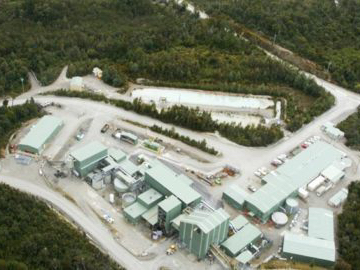 Mining workers in the town of Queenstown have been holding their breath as rescue efforts continue, to extract a miner trapped underground at Henty Gold Mine.

The alarm was first raised at about 4am when colleagues failed to make contact with the worker. Following this, they sought the worker at his last known location and found a section of the mine collapsed. They returned to the surface and raised the alarm.

The mine, operated by Pybar Mining Services, undertook an extensive search of the worker’s last known location in the mine, using drone and thermal technology.

At 4 pm, Inspector Shane Le Fevre said rescuers who descended into the lower levels of the mine got within 50m of the last location of the missing miner.

“They searched for signs of life but there were none,” Insp. Le Fevre said.

“We are now working with specialist to form a plan on how best to get back down to the area and continue the rescue attempt.”

“We now have grave fears for his safety,” Insp. Le Fevre.

“We were reasonably confident we could get there quickly and find the signs of life we were wishing for.

“Time is crucial. The sooner we get back in the better.”

“We will soon be able to identify where he is and what his condition is,” Pybar Mining Services CEO Brendan Rouse said.

“There are currently about 20 emergency workers in the mine including a crew and specialised equipment from the Rosebery mine.

“We are confident he will be found soon but are very distressed at the moment. The focus is on finding him.”