New tech to assist in reducing risks around stone cutting

WorkSafe NT criticised over 2018 death of fishing worker07 January 2020Next

New tech to assist in reducing risks around stone cutting 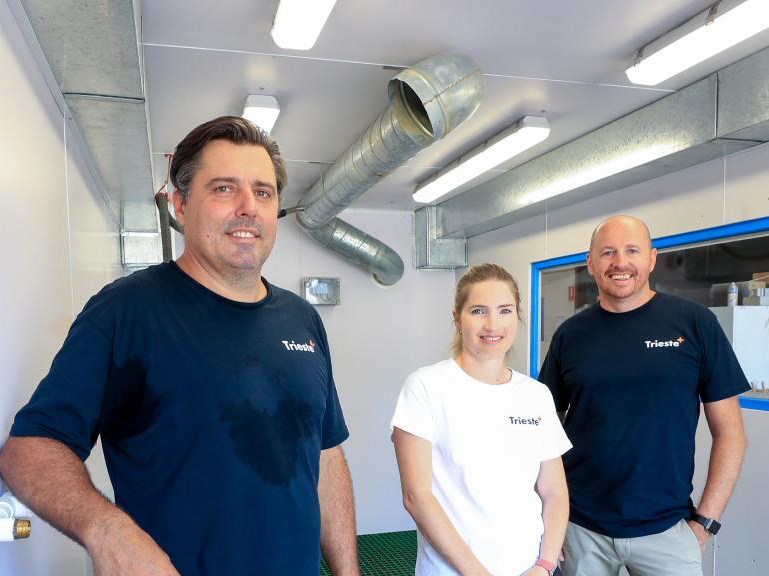 A company from Queensland has developed a portable solution to ensuring safe stone cutting on worksites, in response to the rising silicosis health crisis across Australia.

Dry cutting is now banned Australia-wide in an attempt to curb the risk that the dust poses to workers when inhaled.

Paul Brennan, of Trieste Health Technology, is launching the mobile safety solution this year, which filters out fumes, exhaust, noise and dust, and is called the ­deFENDer.

The deFENDer is essentially a container which can be moved to sites and provides extraction safely, and a single unit can be clicked together with others to make a larger system.

“We came across the problem (of cutting stone on-site) after the dry cutting ban came into effect 18 months ago,” Mr Brennan said.

“We were physically stopped on site. We said: ‘There is a substantial issue here. What can we do about it’?”

Mr Brennan explained that the deFENDer system came about when he learned that many workers cutting engineered stone were uncertain as to how best manage the risks of stone cutting.

“The workers will believe they are doing the right thing by trying to control it and they can see they are collecting the dust,” he said.

“But silica has still escaped and that is where the problem is. Silica is 100 times smaller than a grain of hair and is virtually invisible.”

Mr Brennan said that the design had taken more than 18 months work alongside occupational hygienists and engineers.

“What we have done is not new technology,” he said. “We have condensed (the technology) down to a smaller version.”

The deFENDer will be touring Australian worksites in 2020.