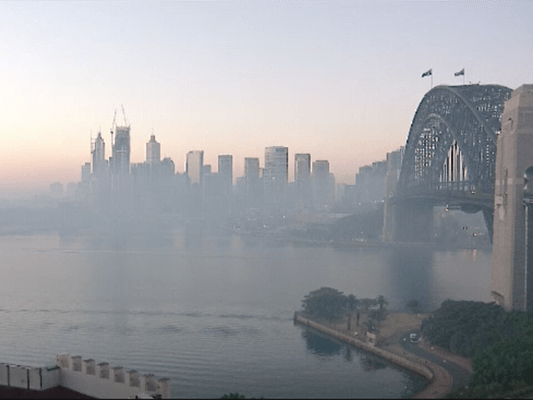 According to the NSW branch of the CFMMEU, thousands of construction workers have abandoned their worksites across the Greater Sydney region.

NSW Secretary Darren Greenfield estimated that the numbers were very high. “I would say it is in the thousands. It is the worst day we have had.”

Secretary Thomas Costa reiterated that it was the correct decision, given the extremely hazardous conditions across the region today, and explained that outside of emergency services workers who accept the risk, nobody should be expected to work outside in current conditions.

“The current level of toxicity in the air is ten times the safe working limit,” he said. “The union movement will be supporting any union member who refuses to work in these conditions.”

The walkouts aren’t limited to construction workers. The National Secretary of the Electrical Trades Union said that almost 1000 electricians had left building sites today, while there are unconfirmed reports of warehouse workers across the city also leaving their posts.

Meanwhile, those indoors are not unaffected: University of Sydney branch of the National Tertiary Education Union has advised members that they should make alternative arrangements or stop work if they are concerned about the air quality conditions in their workplace.

“Under Workplace Health and Safety legislation, no worker has to work in a hazardous environment,” a memo issued on Tuesday says.

“If you are concerned that the air quality in your workplace is affecting your health, we advise you to stop work and/or to make alternative arrangements to continue working in a safe environment.

“Likewise, if travelling to and from work is affecting your health, do not attend work and make alternative arrangements with your manager.”