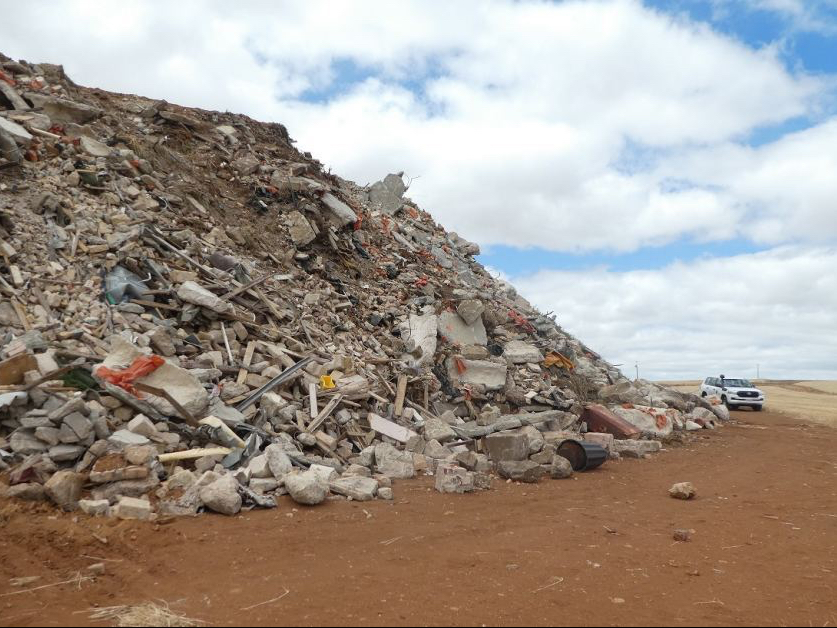 The South Australian branch of the Environmental Protection Authority has uncovered a significant illegal waste dump in the state’s Murraylands.

It is estimated that at least 12 waste transport companies have contributed to the unlicensed dumping of material, which contained about 50,000 tonnes of commercial, industrial and demolition waste.

EPA regulation director Peter Dolan explained that it was one of the largest illegal dumps uncovered in South Australia, but one of at least four that had been discovered in the last 18 months.

“It is disturbing,” Mr Dolan said. “It reminds everybody they really should take their obligations seriously — so if somebody is doing work for you or contracting out work, you really need to make sure they’re licensed and licensed appropriately.

“Ask questions about where the waste is going — is it going to landfill properly, is it being recycled where possible?

“Ask those questions and don’t accept the lowest possible quote.”

It is likely that there is hazardous material contained within the dump, however, authorities are still investigating the contents. South Australia has fines as high as $250,000 for illegally transporting waste or operating a waste dump and punishment can include jail time.