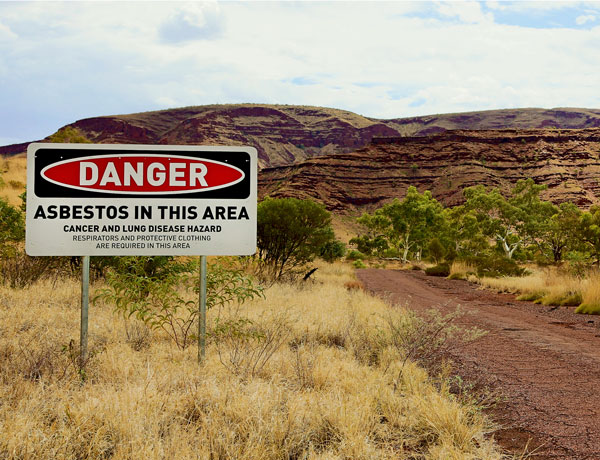 In 2019, the number of people suing AMACA, formerly known as James Hardie, an asbestos manufacturer has increased, working out to approximately one person a week launching legal action.
Last month, two men began legal proceedings against CSR Limited, claiming they had been exposed to asbestos in Wittenoom.

Maurice Blackburn lawyer, Jonathon Walsh, spoke to WA Today and explained that increasing numbers of those diagnosed were attributed to exposure to asbestos during home renovation projects.

“We are certainly finding more people are coming to us for help in accessing compensation for asbestos-related diseases and that growth in our practice is probably partly due to the fact that people are getting diagnosed earlier which in turn gives them more time to seek legal advice,” he said.

“Sadly, there is still no cure for mesothelioma and we often find our clients’ focus is on doing everything they can to secure their family’s future.”

The legacy of Wittenoom, the former asbestos mining town, is partly to blame for the high rates of mesothelioma, according to industrial relations minister Bill Johnston.

“Sadly, Western Australia is the centre for impacts of asbestos on Australians,” he said.

“[WA’s higher rate] is clearly part of the legacy of the Wittenoom experience in the state’s Pilbara region which saw mining start in 1930s and cease in the 1960s.”

“We acknowledge that this work is not complete, and we have the challenge of other materials like silica dust that we don’t want to have the situation again in 20 or 30 years time we’re suffering the same legacy as we have from asbestos,” he said.

“We don’t even know the full extent of the health legacy that we have from asbestos, we know that there are still people presenting for the first time disease and illness relating to their casual exposure to asbestos.”

The state government has drafted new WHS regulations which will include new requirements and standards for asbestos management and removal, and those regulations are currently out for public comment.