Calls for US asbestos ban as death toll nears 40,000 per year

Calls for US asbestos ban as death toll nears 40,000 per year 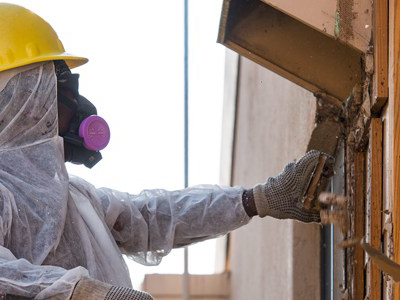 According to an article published in the New York Times, asbestos is now responsible for the deaths of 40,000 annually, while thousands more are critically unwell with asbestos-related diseases like mesothelioma, but the US refuses to crack down or ban the substance.

Despite the risks of asbestos being made public as early as 1930 in the US, and links between asbestos and cancer further cemented in the 1960s, the United States remained “one of the top five worldwide consumers of asbestos until the late 1980s”, the report states.

In 1989, the EPA was able to ban most use of the asbestos-containing products under the Toxic Substances Control Act, or T.S.C.A. The American asbestos industry later challenged that, and it was overturned in the federal appeals court merely two years later.

The decision meant that the EPA had the ability to regulate all but a few of the main asbestos-containing products. “It also set a precedent that was used by a variety of industries to block the agency from regulating other chemicals like phthalate esters, formaldehyde and methylene chloride that were known to pose risks to human health and the environment,” it was explained.

The current Trump administration has worked with the EPA to evaluate the risks of asbestos but excluded some areas of exposure and use. For example, the agency refused to address the inclusion of asbestos in millions of American homes during the 60s and 70s; “would not consider the exposure of firefighters when they enter burning buildings containing asbestos; disregarded the presence of asbestos contamination in children’s products like crayons”.

It also failed to take into account specific scientific information on the link between exposure to asbestos-containing products and certain types of cancer, including ovarian cancer; colorectal cancer; and cancers of the stomach, esophagus, larynx and pharynx.

Almost all first-world countries now have a ban on asbestos-containing products, but the EPA’s decision under the Trump administration means that asbestos is able to be imported and used in the American commerce system.

Current import levels are increasing, with 2018 seeing twice as much asbestos-containing material imported than the year prior.