No industrial manslaughter for NSW, rejected as ‘little more than a catchy title’

No industrial manslaughter for NSW, rejected as ‘little more than a catchy title’ 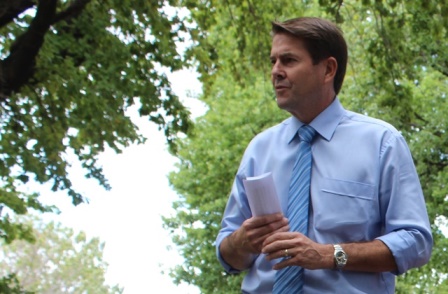 Industrial manslaughter laws will not be introduced in NSW by the Berejiklian Government, with Minister for Better Regulation, Kevin Anderson marking them as “little more than a catchy title”.

Earlier in 2019, an independent review was conducted across national workplace safety laws and concluded that a uniform offence of industrial manslaughter was recommended, designed to make employers liable for gross negligence of their workers – essentially holding PCBUs and those responsible for workplace safety to a higher standard.

Mr Anderson explained that his government was focusing on improving “risky work practises” via new legislation to be introduced to parliament later in October.

“We’ve been watching the approach that has been taken in other jurisdictions, and to be frank, it’s one thing implementing laws that sound tough, but if you can’t bring a successful prosecution then it’s little more than a catchy title on a page,” he said.

“We shouldn’t have to wait until someone dies before action is taken.”

Assistant Secretary of the ACTU expressed his disappointment over the decision, particularly as it follows a “number of fatalities” in September.

“NSW is now standing out in isolation in terms of being a state that is not prepared to adopt a recommendation that is specifically aimed at reducing the incidence of people that are being killed at work,” he said.

NSW lags behind most other Australian states, with the ACT introducing the laws in 2004 (yet to be included in WHS legislation), while Queensland introduced them in 2017. The Northern Territory, Western Australia and Victoria have committed to introducing legislation.

“It came from a review that the NSW government and the minister, who appointed that reviewer, participated in,” Mr O’Brien, of the ACTU, said. “It’s absolutely a necessary reform and it’s something the community has been calling really strongly for.”

Shadow Minister for Industrial Relations Adam Searle said the state government needed to act, saying that “a strong, clear message needs to be sent about how seriously we take the issues of workplace safety and deaths as a society.”

“Too many people are dying at work, or from work-related injuries or conditions, most of which are entirely preventable.”

Christian Porter, the Attorney-General and Minister for Industrial Relations has committed to a national investigation of the current legislation which would assist in forming his view.

“Whilst I understand the impetus towards introducing a new offence it’s important, before the Commonwealth concludes a view on the issue, to investigate fully whether established general offences of criminal manslaughter in each jurisdiction and specific criminal offences in work health and safety laws are working as intended,” he said.