High-risk asbestos exposure in the spotlight as QLD cracks down

High-risk asbestos exposure in the spotlight as QLD cracks down 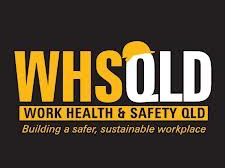 After implementing silicosis testing for at-risk workers, Workplace Health and Safety Queensland have doubled down on its commitment to tackling unsafe practices relating to high-risk asbestos activities.

In two years, WHSQ has investigated more than 36 practises deemed highly dangerous in relation to asbestos exposure, including the use of high-pressure water on asbestos-containing materials, demolishing structures without first removing the asbestos and removing asbestos from domestic premises without controls.

WHSQ has also come down on several organisations undertaking asbestos removal without appropriate qualifications to remove it, as well as individuals who have been involved in the illegal dumping or burying of asbestos-containing waste.

During the last year, they have cancelled five asbestos removal licences and suspended three others over unsafe and incompetent asbestos removal, and a further eight license holders are under investigation.

Action including enforcement notices has been undertaken over incompetent practises on worksites and action that is putting workers at risk, including inadequate training, the presence of unauthorised people in asbestos removal areas and insufficient safety controls to suppress airborne asbestos fibres.

The regulator explained that ignoring asbestos laws and putting people at risk can result in harsh penalties, including on-the-spot fines, in line with hefty clean-up costs that can exceed $100,000.

WHSQ is committed to ongoing work in the area of asbestos safety, with the implementation of a specialist asbestos team enforcing compliance and new education programs for employers.

“WHSQ makes no apologies for this tough approach as new cases of mesothelioma are diagnosed each year – a legacy of past exposure,” the regulator said.

The crackdown comes off the back of a report which recently found that at more than 680 people died during 2018 from the aggressive cancer mesothelioma, which is mostly caused by asbestos exposure.