Formwork Code of Practice: Have your say with SafeWork23 August 2019 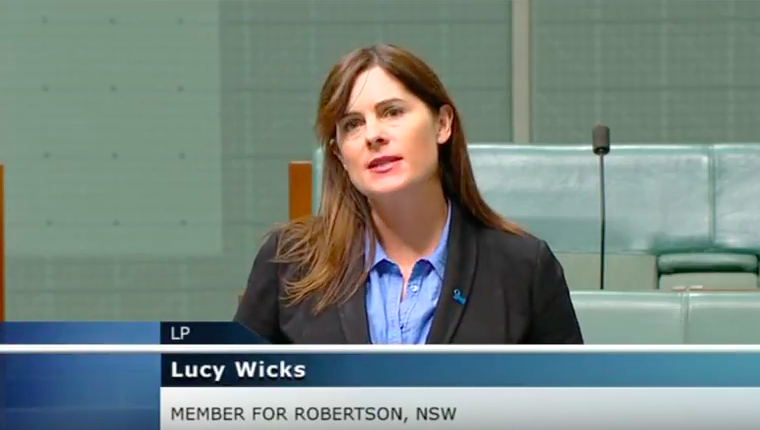 Federal MP Lucy Wicks is leading the charge for a nation-wide inquiry into the health effects and illnesses from exposure to black mould.

Ms Wicks, the MP for Robertson, has explained that her Central COast home was severely water damaged after a storm. “Within a week or two I began to get some very strange symptoms, pneumonia, asthma, got very tired,” she said.

She was diagnosed with chronic inflammatory response syndrome (CIRS).
“My skin would feel like I was on fire, my brain would feel like it wasn’t working properly,” she said.
“I started writing my speeches down in parliament to avoid the embarassment of not being able to remember the words that suddenly just might not be there. It was a really tough time.”
A Western Sydney student had a similar experience, and was seriously ill over a three year period before she was diagnosed with a mould-related illness.

Her mother, in an interview with Channel 9’s A Current Affair, explained that “every organ in her body was pretty much inflamed”, and that the exposure left her daughter with “severe nausea and chronic weightloss”, so severe that at her worst she was too ill to attend school.

The awful irony of the situation was that doctors traced the source of the illness to a mould-infested classroom at her public school.
Specialist doctors believe CIRS is linked to a range of symptoms affecting several parts of the body, from brain function to respiratory problems.
Ms Wicks is focused on working towards better knowledge of mould-related diseases, and better diagnostic tools and treatments.
“If there are guidelines for GPs, we would one day see anybody be able to walk into any GP clinic around Australia,” she said.
“You would be able to go in, be diagnosed, get treatment and be well.”
0 Likes
Leave a Reply