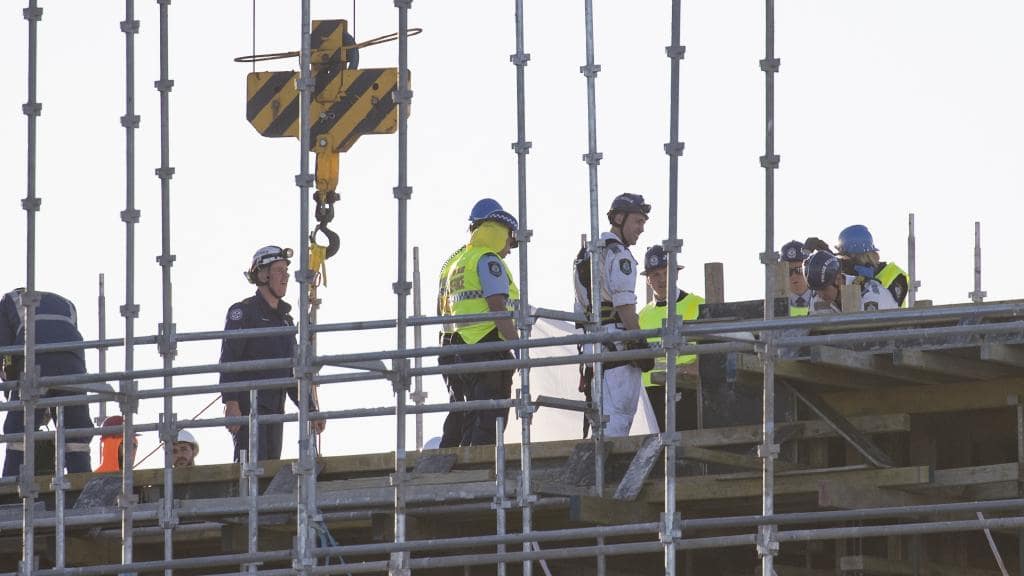 A 38-year old worker has died after falling five storeys and down a shaft at a Geneva Jordan Springs development near Penrith yesterday.

Emergency services rushed to the scene, including a Care Flight helicopter, but the man was unable to be saved.

NSW Ambulance Inspector Craig Thomas said that when crews arrived, “he had fallen several floors through a void in the ceiling, like a service void of a lift well.

“It was a direct fall of approximately seven floors onto the concrete below.

“The specialist paramedics set up an abseiling rope to gain access and … to go down and confirm whether or not he had passed away.”

Inspector Thomas said the man suffered fatal injuries that he couldn’t have recovered from.

“There was damage to various parts of his body,” he said.

The inspector described the situation as “quite an emotional scene”.

The workers were “quite upset” when they were told by authorities their colleague had died. The Daily Telegraph reports the man’s workmates refused to leave until his body had been retrieved.

NSW Police confirmed that there were no suspicious circumstances around the worker’s death and that they were working in conjunction with SafeWork NSW to understand what events had preceded the accident.