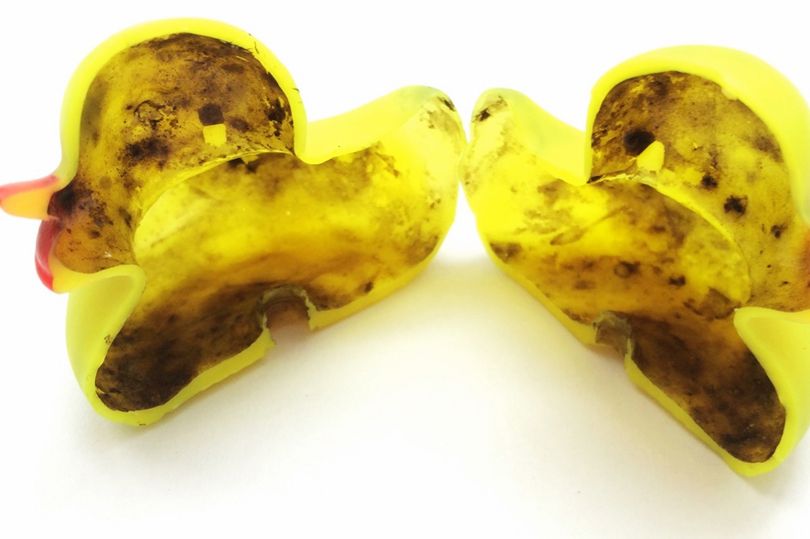 Swiss Federal Institute of Aquatic Science and Technology and the University of Illinois have teamed up to provide a study into common household items that can potentially harbour dangerous bacteria.

Items like children’s rubber ducks and other bath toys were tested and the results of the study showed that water from those toys could pose a serious put at risk of eye, ear and stomach infections – with bugs found including Legionella and drug-resistant superbugs that can cause death.

Over 11 weeks the scientists simulated typical bathtime conditions with the toys, before cutting them in half and examining the bacteria that had grown inside them, and the results were startling.

‘The researchers found between 5 million and 75 million cells per square centimetre inside the toys, with potentially pathogenic bacteria identified in 80% of all the toys studied, including Legionella and Pseudomonas aeruginosa, a bacterium often implicated in hospital-acquired infections.

Other household items that can harbour alarming amounts of harmful bacteria included: