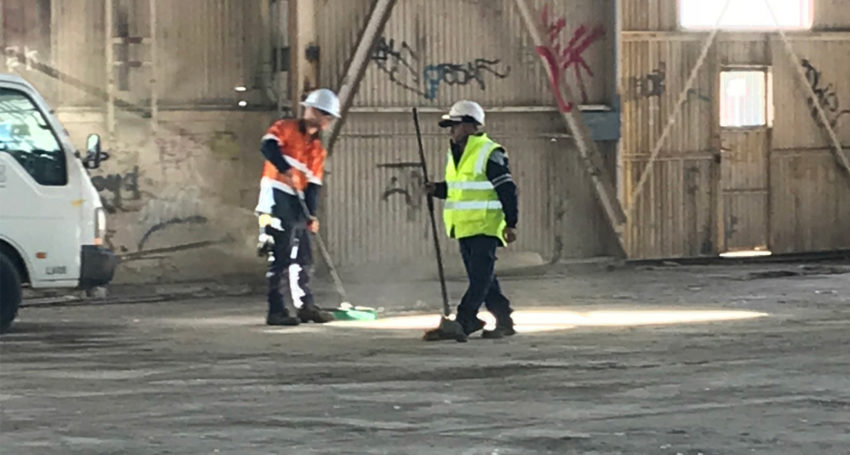 Australia’s construction union, the CFMEU, has said that a warehouse in Port Adelaide contained asbestos that has been disturbed, likely putting local workers and residents at risk to exposure.

CFMEU national assistant secretary Andrew Sutherland told a local Adelaide newspaper that “union officials … found broken up suspected asbestos, some of which had been swept up and some placed in a bucket inside historic Shed 26 on the Port Adelaide dock.”

It is likely that those working with the material have likely been exposed to asbestos.

It is also possible that local residents in the area, which is also home to Le Fevre Peninsula School, have also been exposed to the deadly fibre.

Mr Sutherland explained that video footage of workers at the site was shot during an inspection by the union. By law, a union official can apply to lawfully enter a site or premises in order to investigate a suspected breach of the FairWork Act.

“What we’ve already found is broken pieces of suspected asbestos on the floor, in piles that have been swept up,” Sutherland told the media.

“It’s been disturbed not once but twice.

“(Workers have been) potentially exposed to asbestos … it potentially just shortened their life by 30 years.”

SafeWork SA  has since confirmed that it has attended the site, and is aware of the issues raised by the CFMEU. They will be assessing work safety and legal compliance at Shed 26.

In a statement, a spokesperson said: “SafeWork SA is aware of the issues raised by the CFMEU and have inspectors attending the site today. The methodology of demolition, safe systems of work and compliance with the WHS legislation will be the focus”.