Employer found guilty after death of worker in freezer

Employer found guilty after death of worker in freezer 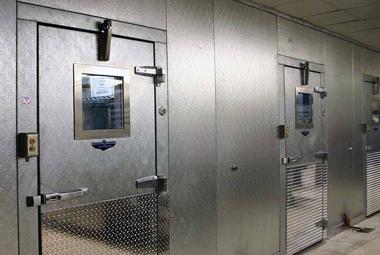 Following an extensive investigation by SafeWork SA, it has been found that SA Police failed to carry out required routine maintenance checks on a walk-in freezer and subsequently did not fix a faulty lock, several years before a worker became trapped inside and froze to death.

In the Industrial Court, Prosecutor Jeff Powell explained that the death of Debra Summers’ could have been prevented if SA Police had fixed the emergency release on an industrial freezer at its Echunga training ground.

SA Police employed Mrs Summers as a part-time cook and cleaner. She became trapped in a walk-in freezer and subsequently died from hypothermia during a shift on October 4, 2016.

SA Police has pleaded guilty to failing to provide a safe workplace.

Mr Powell explained that the issues that led to the death of Mrs Summers were avoidable, describing them as “foreseeable and obvious”. He said “multiple failings” by SA Police contributed to Mrs Summers’ death.

“There existed a document known as a technical data schedule … that specified the type of servicing and the type of work to be performed on this particular … walk-in freezer over time and during its use,” he said.

“The document had been created and specified that on a six-monthly basis this was the sort of item that ought to have been serviced in specific ways and those ways are mentioned in the document.

“This was a situation that persisted over years and certainly existed from the centre of 2012 when that freezer door was replaced and there was a replacement of the emergency door release.”

Mr Powell asked the case to be listed before a judge, who has authority to issue fines of up to $1.5 million. The request was granted and a hearing date for submissions is expected to be set shortly.