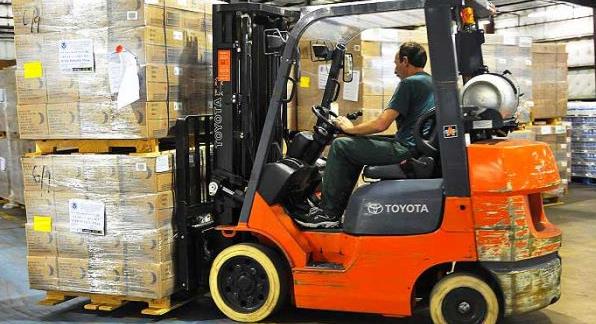 The importance of adequately communicating safety procedures to contractors has been highlighted this week, with a NSW Court found a company guilty under sections 19 and 32 of the State WHS Act, after a worker was injured by a reversing forklift.

NSW District Court Judge David Russell found Williams Pressing and Packaging Services Pty Ltd had “ultimate control” of the conduct of employees and contractors at its Padstow warehouse because it controlled the premises, owned the forklift and employed the driver. It was found that the employer had failed to take the necessary steps to prevent collisions and injuries on site.

Judge Russell found Williams culpable for the accident over the employee of the injured worker. Despite this, the employer of the driver, Phong Warehouse and Distributor Pty Ltd was also charged over the incident for failing to adequately instruct its employees. They were fined $30,000 in a separate ruling. Williams were fined $80,000 after being found ‘more culpable’.

It was found that Williams had an undocumented forklift procedure to keep its workers safe, which required them to vacate areas of the warehouse when a forklift was present. On the day of the incident, the Phong employee, unaware of that procedure, didn’t move away from the forklift and was struck by the vehicle. It was only the employee’s second day of work at the site. She sustained severe fractures to her feet that required surgery and three days in hospital.

Judge Russell found that at the time of the incident, Williams required Phong to induct its workers in accordance with Williams’ procedures, including on the undocumented forklift procedures. He also found that Williams failed to routinely follow up with Phone to get signed induction acknowledgements by workers, to ensure that they understood the requirements of the work site.

Judge Russel said the injured worker “had clearly not been properly trained”, and Williams failed to consult with Phong on training and supervising its workers.”[Williams] did have a safety system in place in relation to the movement of forklifts, but it was undocumented and was not adequately conveyed to new workers in the factory such as [the injured worker],” he said.

It was up to Williams to “ensure that not only its employees but also Phong employees, were safe within the factory in relation to the possibility of collisions between forklifts and pedestrians. Williams had control over every factor which affected the risk.”

After the incident, Williams formalised and documented safety plans for pedestrian-forklift interaction in its warehouse, and that Williams now sought regular and documented confirmation of the induction of new employees.